I have another life.

My partner Nancy and I live on, and Nancy manages, a small organic farm in Southern Oregon, plus an on-farm restaurant and bakery that use our farm’s produce. Although Nancy runs the place I help out and I interact daily with our twenty-some (and mostly twenty-something) employees.

Every year about this time we take all our employees and their families out into the woods to a pretty spot next to a mountain lake for a three-day camping retreat. We set up a fairly elaborate outdoor kitchen, and with three professional chefs on staff, the meals are definitely upscale campfare. Everyone who plays a musical instrument brings it. People hang out together around the campfire at night and during the day organize into ad hoc groups to hike, climb the nearest mountain, bike, swim, or row on the lake.

The retreat is one of the smartest things we do for our business. On the surface it’s a nice way to acknowledge our staff for their hard work, but the real stealth benefits come from their interaction over the three days. They get to see their co-workers as three-dimensional human beings with families and knobby knees and good or not-so-good-but-who-cares voices. They work together voluntarily in self-organizing teams to gather kindling and build fires, clean the grill, cook, clean up, or hike to the store for ice. They are no longer three separate staffs—restaurant, farm, bakery—but one group of people solving problems together and discovering what they have in common.

Putting together this annual retreat, collecting and transporting all the food and supplies, setting up and breaking down camp for perhaps fifty people, is exhausting, but we wouldn’t think of skipping it. It’s a great experience for all concerned.

Imagine, though, if we were actually getting productive work done as well as having this bonding experience. Imagine if we were also honing our job skills. I can assure you that no job-skill honing is going on at our staff retreats. But there are events where you can experience both bonding and professional growth. When you find one of these events, it’s magic.

In a posting on Dr. Dobb’s CodeTalk blog, Nick Plante contrasted coding camps with traditional conferences. We’ve all been to a conference where every session just served up information we could have downloaded and read or watched at home. “The real reason I go,” Nick said, “and I think the real reason most people go—is for the hallway discussions, late night hack sessions, and extracurriculars.”

From this universal frustration with traditional computer conferences have sprung unconferences (barcamps, podcamps) that try to encapsulate just the good stuff. There’s a definite spirit of The Simplest Thing that Could Possibly Work in these minimalist events.

Nick asks what if we combined an unconference with a retreat (I’m paraphrasing), and he notes that it’s been done, is being done, at Rails Camp. 30 to 50 people in a large house in a remote location for a weekend, living together, eating together, working together. No internet. Much playtime. Much sharing of ideas and expertise. Presentations, if any, are ad hoc. Cost minimal.

“Camps,” Nick told me later when we chatted about this, “seem to force everyone who attends to be an active participant, and share their knowledge and interests with others while working and playing together (the playing part seems as important as the work, if not more so).” He considers such camps to be unique among tech events in the intimacy and learning opportunities they provide.

What came to my mind immediately when reading Nick’s post was an event I attended in (gulp) 1984. 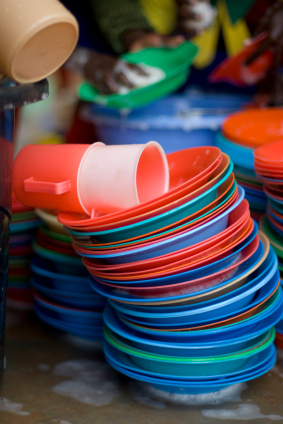 I had the privilege back then of being invited to the original Hackers’ Conference, a true computer camp before the term was coined. Inspired by Steven Levy’s book Hackers, organized by Stewart Brand and the Point Foundation, it was, if you go by Ted Nelson’s description, “the Woodstock of the computer elite.”

Elite? I certainly thought so. Richard Stallman, Richard Greenblat, Steve Wozniak, Ted Nelson, John “Captain Crunch” Draper, Bill Atkinson, Lee Felsenstein, shareware pioneers Bob Wallace and Andrew Fluegelman, and over 100 more legendary hackers—in the best sense of the word. We gathered at remote Fort Cronkhite in the Marin Headlands where the wind was wild and the electricity iffy. (Yes, we had electricity back then. Just stop it.) We lived and ate and talked software and software politics for 48 straight hours. I remember washing dishes next to Woz, and it echoed my own thoughts when, in the opening circle of introductions, Brand said, “I’m Stewart Brand and I’m just here for the contact high.”

So what did we accomplish? I don’t know, but I know it was magic. I know we talked about the future of the Hacker Ethic. It was at this conference that Brand famously said, “information wants to be free.” Nobody remembers that he also said that information wants to get paid for. We didn’t resolve that conflict, but we recognized it a quarter century ago. And we accomplished this, ineffable though it may be: everyone who attended that conference was enlarged by the discussions we had, and we took the insights we gained with us into our subsequent work and lives.

When you get the right people together in the right setting, magic can happen. I imagine Dave and Andy have some of the same feelings about the Snowbird Conference where the Agile Manifesto was written.

I’m a writer, so the workshops that have most affected me over the years have mainly been writers’ workshops. There’s a model for the most effective of these, called the Clarion model. Nick spoke of the intimacy of software camps, and a Clarion workshop is as intimate as open-heart surgery.

In a Clarion workshop, victims, I mean participants, usually sit or lounge in a rough circle, where each in turn has to sit silently while every other participant attacks, I mean critiques, the victim’s baby, I mean manuscript. The process is brutal at the start, but because everyone is both attacker and attacked, most participants soon learn valuable lessons in how to take and give criticism. And until you’ve learned to take criticism you will always meet barriers to growth in your craft. 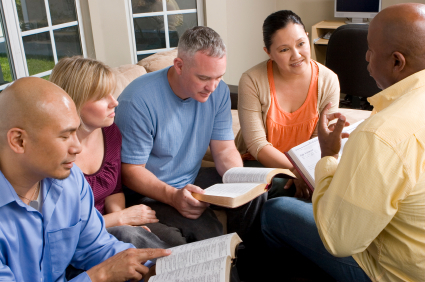 There’s a leader, typically a Famous Writer (I’ve Clarioned under Roger Zelazny and Ursula LeGuin, among others), and although their role is crucial, it’s extremely subtle. Often the leader appears to be there mainly to prevent fist fights. All morning you workshop, all afternoon and much of the evening you write, and in the gaps there is socializing, which tends to be as intense as the workshopping. At the end of a week or six weeks of this you feel completely wrung out and insanely exhilarated.

I don’t want you to think that the blood-letting of this process doesn’t hurt. It hurts like anything when one clueless drone after another completely misses the charm of the precocious prose you gave birth to at four that morning in a blaze of tequila-inspired brilliance. And it hurts in a different way when you understand that if nobody gets it, maybe it isn’t really there. But it’s also true, as Richard Gabriel says, that the criticism from your fellow participants is a gift, given lovingly, even if neither giver nor receiver sees it that way at the time, in reciprocation for your astonishingly generous gift of your work in progress.

And years later, when you look back on these intense experiences, that’s exactly how you see it.

I think that any programmer could probably benefit from a writers’ workshop. Not the old how-to-sell-you-novel kind, though. It would have to be a new kind of writers’ workshop, one that shows you how to find the elephant in the block of marble. You know the old joke: “How do you carve an elephant? Just get a huge block of marble and chip away everything that doesn't look like an elephant.” It’s only a joke on one level: there really is an elephant in there to be discovered. To the sculptor who works in driftwood, it’s not a joke at all. Writing is more like working in driftwood than working in marble.

Do software developers sculpt in driftwood or marble? In either case, writers’ workshops are not that different from software camps, and nobody makes that point more clearly than Gabriel in his book Writers’ Workshops & the Work of Making Things.

“In an open-source project,” Gabriel says, “the gift of source code is reciprocated by suggestions, bug reports, debugging, hard work, praise, and more source code.” But this gifting takes courage. In a writers’ workshop or in an open-source project, “[t]he author gives the gift of a work in progress to a group of writers each just as afraid as the other, and that group will own the work for a while and give back the gift of suggestions. By carefully crafting the setting and ritual of how those authors work together, the gift exchange can be made to work beautifully....”

That’s why it’s so important to check out gatherings like Rails Camp. When these things work, it’s magic. If you have the opportunity to experience that magic, grab it. It will change your life.