The Lost Art of Letter Writing 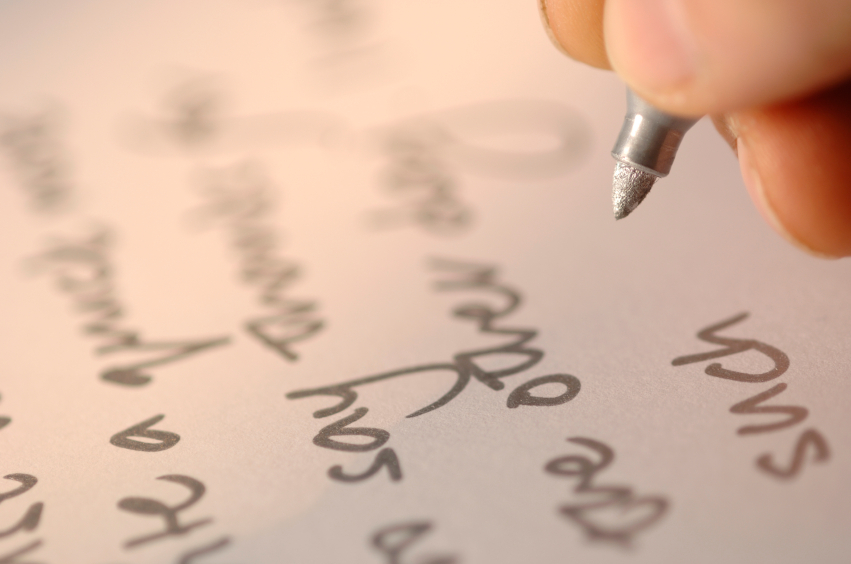 Here’s a letter from Daniel. Now it’s your turn.

Somewhere in my basement I still have my favorite rejection letter. The program director at WAAF-Worcester sent it to me my senior year of college and it still makes me smile.

Then as now, I only applied for jobs that I wanted. (I admit there was a time in the middle when that wasn’t quite true.) I thought the applications through carefully and targeted my résumé and cover letter specifically for the position I was applying for.

There were two sorts of jobs I was applying for: I wanted to be a high school math teacher and I wanted to be a radio DJ. I decided to bury my education at the bottom of my radio résumé and fill the top with my on-air experience. I didn’t have a lot of content, so I dressed it up with a gimmick: I typed it all in caps like it was news copy coming off of the AP or UPI news wire. I used datelines at the front of each entry and I used ellipses in place of punctuation just like the radio copy I’d been writing for years.

In those days we didn’t have personal computers. I didn’t have a wide variety of fonts and sizes and other tricks to make my résumé look just right. I had to go down to the local printer and rent their IBM Selectrix typewriter for fifty cents an hour. There were very few variations available on the Selectrix, but you could swap out the element to vary the font slightly. Every time I had a couple of jobs to apply for I would head down to the print shop and type up a cover letter that matched the style of my résumé. I had had the résumé printed on a nice weight of paper and had ordered twice that many blank pages so that my cover letter would match.

I recorded demo tape after demo tape and bundled each one up with my résumé and custom cover letter and sent them to radio stations that I should have known would never hire me. After decades in and out of radio I can tell you that I’ve never gotten a job that way. I did, however, get my favorite rejection letter of all time.

It wasn’t particularly nice, or warm, or encouraging, or anything like that, but it was written in all caps. This wasn’t the form rejection letter I had been getting. This was from someone who had noticed my submission material and was rejecting me because he didn’t like what I had to offer. He took the time to mock my application—and it meant the world to me.

We each put time and effort into our communication and there were layers of conversation in what was otherwise a simple application and rejection.

I’ve only recently started to put that sort of effort into my communication again. Technology has made me lazy. It’s so easy to dash off an email “Hey, thanks for lunch. See you soon.”

What about you? When is the last time you sat down and wrote a thank-you letter? What about a hand-made greeting card? Growing up, we always made cards for birthdays and holidays. I think there’s something positive about slowing down to mark an event or to say thank you—and I want you to try it.

Think of this as your November Thanksgiving project. At least once a week between now and Thanksgiving I want you to move up the hierarchy when you give thanks. If you accept this challenge, you are going to send four notes this month—and you’re going to make a small difference in five people’s lives.

There are times when it’s appropriate to just send someone a casual email or spot someone on IM and wish them a happy birthday. (It could be a little creepy to go over the top with someone you hardly know.) So find an online site that has greeting cards. Scan through them until one makes you think of someone in particular—someone who’d enjoy it, someone who’d appreciate it, or someone who needs it. Send it to them.

That’s it. I thought it best if we started with an easy one. You’ll probably hear back from your friend and there’s a good chance they’ll send you a card. But that’s not why you sent it. Expect nothing back.

OK, it’s week two: are you ready to step things up? This week, find some reason to send someone a card that you buy in a store and send in the mail. It could be an event like a birthday or a reason for congratulations or condolences. It might be someone you haven’t heard from in a while that you want to reconnect with just to say you’re thinking of them.

You can draw inspiration by searching for Kevin James’ card buying skit. He mimes someone agonizing about the perfect card. They read every word and consider it from the point of view of the person receiving the card. You should do that—but ideally with less drama than James.

Before you send it, you need to write a sentence on the card that begins, “This reminded me of when,” or “I was thinking of you because.” Personalize the card in some way, sign it, and send it.

Again, you may or may not hear back. If it’s been a while since you sent a card in the mail, the wait may drive you nuts. Online, you expect to hear back within seconds, minutes, or in the worst case in an hour or so. When you send a letter, it has to get to the other person and they have to be in the location where you sent it. If you send me an email while I’m off teaching in Denver, I’ll still get your email within an hour or two. If you’ve sent me a letter, it will have to wait until I return.

You may also not get the response you expect. The person receiving your card may call you urgently to make sure that you’re all right and that you’re not dying and putting everything in order before you go. Reassure them that you’re not and remember to at least find an online card to send them thanking them for their concern.

So far you’ve sent two cards and written little more than a sentence. In week three you need to write someone a letter. Don’t ask me how many words, single spaced or double, what the font and margin sizes are. It doesn’t have to be a long letter, but you must write it by hand on a blank card or on a piece of stationery.

One thing I love about writing a letter by hand is that the rhythm is different from email or even a letter that I craft using a word processor. When I write with a computer, I can dash out a few sentences and then fix them. When I write a letter to a friend with pen on paper, what I write stays on the page. This slows me down. I stop and think about the friend more as I write to them. I think differently about what I’m saying. The act of putting something down on paper by my own hand makes me pause first to think of something to say that is worth capturing this way.

You may find that it takes a long time to get started writing this letter. It feels like the thank-you notes you had to write when you were a kid. “What is there to say?” Pause when you’re finished to see how you feel. You can wait to mail it if you like. The rhythm of mail is so different. But sometime during the third week be sure and drop it in the mail.

Are you ready for your final test? This week you are going to send someone a card that you draw yourself. It doesn’t matter how well you draw. Have fun with it. Draw a picture of anything. It could be an animal with a thought bubble, it could be people you and the recipient know in a familiar scene, or it could be a picture of a place you’ve been meaning to visit.

My daughter recently drew a booklet full of pictures for a good friend’s birthday with scenes from each year of their friendship. When the friend sent a thank-you note, it was topped with a picture in the same style as my daughter sent, with a sketch of her, her sister, and my daughter wearing matching striped gloves that they had bought together.

That’s a thank-you note I’ll remember as long as I remember my favorite rejection letter.

And don’t forget about our PragProWriMo writing project.

Daniel is the editor for the new series of Mac Developer titles for the Pragmatic Programmers. He writes feature articles for Apple’s ADC web site and is a regular contributor to Mac Devcenter. He has presented at Apple’s Worldwide Developer Conference, MacWorld, MacHack, and other Mac developer conferences. Daniel has produced podcasts for Apple featuring the work of developers and scientists working on the platform. He has coauthored books on Apple’s Bonjour technology as well as on Java Programming and using Extreme Programming in Software Engineering classes.