A Crash Course in Spelling 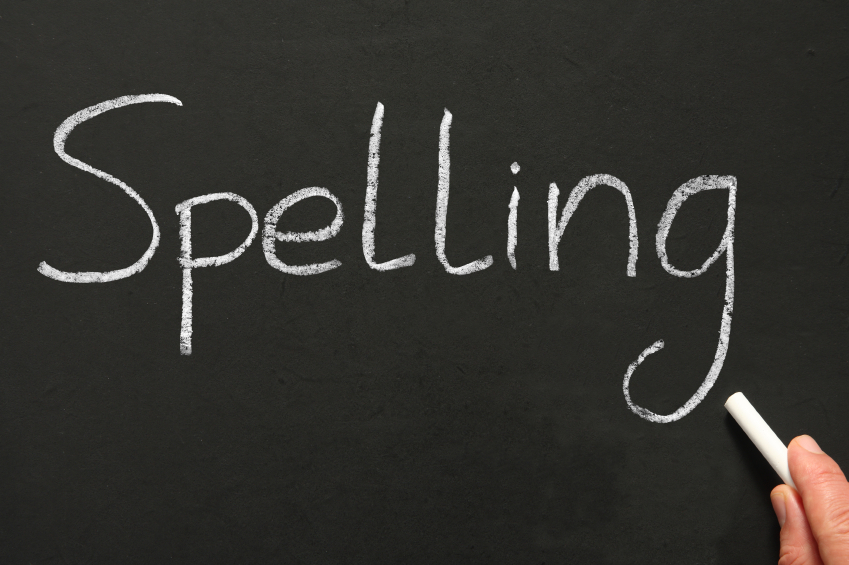 Improving your spelling is all about learning new habits.

You may write code for a living, but how good a living you make depends in part on how well you write prose. Resumes, blogs, comments on wikis, emails, reports, user stories—you probably write more prose than you think. Everybody writes prose, and most people do it ineptly. The most obvious and embarrassing failing in most people’s prose is bad spelling.

Does it matter? In some contexts, not much. Nobody really cares if your tweets are models of good spelling. But in any kind of serious professional written communication that you do, or anything bloglike where you stretch out and express yourself, people are judging you on your spelling.

The good news is that you can drastically reduce the number of spelling errors you make—not just fix them, but largely quit making them in the first place. I’m going to show you how. It’s remarkably easy. The key is to understand that bad spelling is not a character defect or inherited trait, but just a bad habit.

Kicking the bad spelling habit requires only a few tools: whatever spell checker is convenient for you, Google, and your attention. Are you paying attention? Then let’s start.

What Spell Checkers Are Good For

You start improving your writing by reading it. That’s where your attention comes in. You have to proofread your writing. If you write code, you already know that reading for meaning is a different activity from reading for errors, or proofreading. Proofreading is a skill, and you have to rely on that skill because there are fewer automated tools for catching errors in prose than there are for catching errors in code. Prose is distributed in source form and compiled on local hardware. When you write it, you not only have to get it to compile on your hardware, you have to ensure compatibility with a multitude of different brains. Fortunately, there is at least one tool to help you: a spell checker.

I used to deride spell checkers. They don’t catch all spelling errors, so you still have to look at every word. I used to think that the fact that they didn’t really eliminate the need to manually check your spelling meant that spell checkers were useless. But I was wrong: a spell checker is a powerful tool.

Here’s how to use a spell checker to help you stop making spelling errors.

When your spell checker flags a word, look it up. Don’t just fix the error, at least not the first time. Look it up.

Looking it up can be as simple as typing define: theword into Google. Don’t worry about what dictionary you’re using; for your purposes, almost any will do. But read what the dictionary says.

What you’re trying to do is to get familiar with the words you misspell. Look the word up, read the definition, check the spelling, note the pronunciation, say it to yourself. If it isn’t pronounced the way it’s spelled, let yourself notice that. Let it sink in. Get to know the word. Do this even if you know at a glance what the spelling error was. That doesn’t help you. The only way you’re going to avoid making that mistake again is to get to know the word, to make it your own.

I’m not just talking about unfamiliar words. The word crayfish or crawfish takes on more meaning when you realize that it’s related to crevice. Many words in English are spelled in a way that seems to make no sense. Making a word your own doesn’t mean that you have to like its counterintuitive spelling, just that you recognize that it is counterintuitive, and in what way.

Do this even if you absolutely know how to spell the word, because you didn’t spell it correctly, did you? Something went wrong. I promise you it’ll go wrong again if you don’t do something to change your habits. Remember what Einstein said about doing the same thing over and over again and expecting different results? You need to get out of that groove. Looking the word up is an opportunity to give yourself more connections with the word, more neural pathways to the correct spelling.

You’ve looked up the misspelled word. Now highlight it and type it correctly. Don’t shortcut this. If you’ve transposed two letters, don’t just fix those two letters. Retype the whole word. Transposition errors are almost always typing errors rather than word-knowledge errors. This is your opportunity to teach your fingers how to spell the word, and they have to know, too. It’s not enough to get the word right in your brain. Much of the time when you make spelling errors, it’s your fickle fingers betraying you. Give them every chance to learn. And there’s only one way to do that: type the word. You don’t just want to break the bad habit; you want to replace it with a good habit.

Your investment in your fingers’ education will pay off. Your fingers are remarkably smart. Even if you type with two fingers, those two fingers are perfectly capable of telling you, with startling accuracy, that they’ve just hit the wrong key. Feeling your typing errors as you commit them is an acquired skill, but anyone can acquire it. All it takes is paying attention. When your finger tells you that it’s hit the wrong key, believe it: it did. Trust that proprioceptive feedback. It’s probably even telling you exactly how many keystrokes you’ve typed since that mistake. You can use that information. Your fingers are willing and able to help.

You want to get your fingers on your side. Give them every chance to habituate correct spellings and to extinguish bad spelling habits. And learn to listen to what they are telling you. In their sphere, they are a lot smarter than you. They think faster. Use them. Get them working for you and not against you.

Things You Must Know

Yes, but. As I’m sure you realize, you can do all of this and still look like an illiterate boob. There are some extremely common errors that most spell checkers don’t catch. The biggest category is correct words used incorrectly. So, as I foreshadowed at the beginning, you do have to proofread your prose for spelling errors even after the spell checker has done its work and you’ve corrected all the errors it found. The good news is that you can eliminate 90-plus percent of these spell-check-resistant errors by studying a few tricky cases. Learn these cases, then follow through by monitoring your prose for these cases, because just knowing what’s right won’t guarantee that you won’t occasionally type there when you mean they’re, or leave out the apostrophe in the contraction it’s.

But there are so few of these extremely common misuses that there’s no excuse for not just learning them and getting them out of your way. So here is the list. Learn these, learn them well, check for them routinely in your prose, and you’ll eliminate most of the post-spell-check errors in your writing.

The second word in each pair is the possessive: “Your cat is biting its tail; people can’t believe their eyes.” Why do pronouns defy the rule that possessives are formed using an apostrophe? Probably because the whole purpose of a pronoun is to abbreviate, but take it as arbitrary and learn it by rote. It’s just one rule: no apostrophes in possessive pronouns. You can memorize it.

Oh, and don’t write her’s. There is no such word. The word for belonging to her is hers. Same reason, same rule: no apostrophes in possessive pronouns.

Visable or visible? Oh, that was too easy? How about illegable vs. illegible? Negligable or negligible? Debatable or debatible? Permissable or permissible? In general, when do you use able and when ible?

Most of the time, this rule works: if the part before able or ible is a word (you might have to add a silent e), use able; otherwise use ible. Easy to remember because able is a word and ible isn’t.

I won’t give you any clever rules for these confusable pairs of words, because I don’t know any. You just have to learn them. If I thought there was a chance of it working, I’d advise you to look up every one of these words right now. But I’ll settle for this: if you can’t clearly articulate the difference in meaning and usage of any of the pairs of words, look them up.

I know. This is beneath you. You know how to spell. You know what to means. But that’s not the point. You do make spelling or typing errors; we all do. The idea is to notice when this happens and then to retrain your habits. This is how you improve your spelling.

And don’t forget about our PragProWriMo writing project.