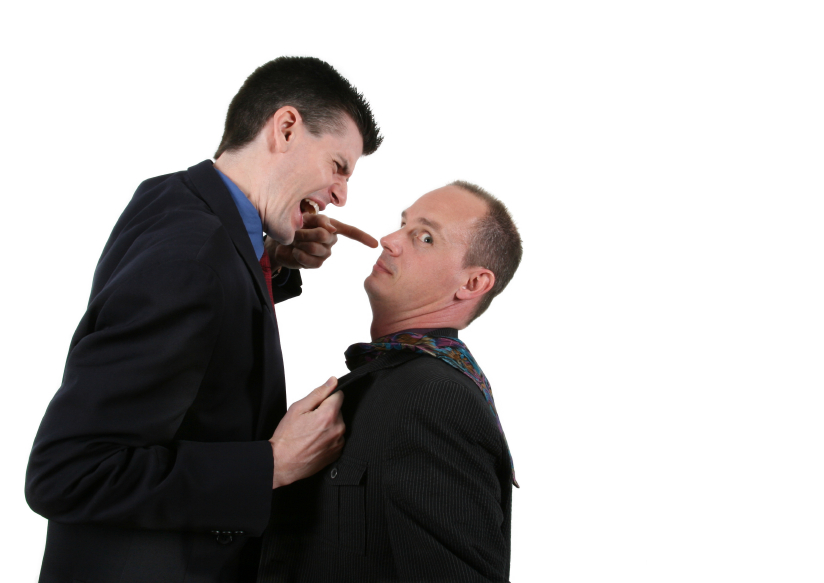 For a guy who is fond of saying “Life is too short to work a crappy job,” Andy gives surprising advice in his new monthly column on the working life of a techie.

“Keeping the job you don’t like?” That’s probably not advice you’d expect from the author of Land The Tech Job You Love, but right now, that might be what you need to do.

Jobs are down. The economy sucks. And on top of that, we’re going into the season of the year when it just doesn’t make sense to try to go get another job. It’s in times like these that you may just need to muddle through as best you can, while trying to keep your sanity. This month, I’m offering you some advice on how to do that.

My most important piece of advice is, don’t quit in a snit. Even when the economy isn’t in the middle of a terrible hiring slowdown, it may take you months to find your next job.

If you can possibly avoid it, don’t quit in the wrong season. The holiday months of November and December are the toughest time to land a new job. One November I quit a job at a company where I was very unhappy. I knew I had saleable skills, so I figured I’d get another job no problem.

That bit of impulsivity cost me big, not only because I didn’t have another job lined up, but also because December is the worst time to try to get anything done in business. It’s bad enough in the best of times trying to wrangle meetings and interviews with multiple people, but around the holidays when so many people are off on vacation, it can be next to impossible. I spent the month of December waiting for my future boss to be able to push approval to hire me through Human Resources. If only I’d stuck it out at the old place, I’d have been frustrated but at least I’d have been getting paid.

Identify the Source of Your Frustration

Once you’ve resolved to stay put (for now) for the sake of your finances, start examining the problems that you’re up against. What is it that makes your situation unbearable? What specifically drives you nuts? Usually job frustrations lie in one of three areas: projects, people, or the place.

If your frustrations are mostly about the projects you’re doing and the type of work that these projects involve, there’s good news: these are usually the easiest to handle. Even the worst death march project has to end sometime, and you can keep your eyes on the light at the end of the tunnel.

When the problem is with the type of work you’re doing, such as having to work in PHP when your heart belongs to Ruby, consider ways to get future projects headed in a more appealing direction. If you think using Ruby would be a better choice, help move the development direction of the group. Of course, it’s not enough just to say “We should use Ruby.” You’ll need serious plans and solid evidence to help change the group’s direction. But it can happen. Just don’t expect it overnight.

People issues are the most acute. If you’ve got a jerk co-worker, you may dread the prospect of going to work and having to deal with him. Worse, these jerks tend to amplify the jerkiness of other jerks. They feed off the negativity of one another.

The good news here is that people problems are usually short-lived, because people come and go at organizations all the time. Don’t fall into that drama trap of trying to “get someone fired,” and don’t try to get out of having to work with the jerks. This will come across as antisocial behavior on your part (which it is), and that’s not good for business. The jerks usually get pushed out or leave. In general, don’t leave a job because of a single person that is a problem.

Organizational problems are the ones where you actually should consider leaving, because they rarely get fixed. The problems infect the company as a whole, not just part of it. For example, having an obnoxious co-worker who doesn’t get any work done is certainly a problem, but is probably an acute one. However, if the company tolerates it, the problem is organizational.

How can you tell if you’re in a bad company? Consider some of these questions: Is the company successful at what it does? What do they value, as evidenced by the projects they pursue? Is everyone a jerk, or just a few people that you’re currently frustrated with? Does the company have a strategy, or is management shooting from the hip?

If your problems are not truly organizational, seriously consider riding out the current wave of annoyance and frustration.

So you know you’re sticking at the job, doing the work as best you can. You want to go somewhere else, but not now. The upside to look for here is that you are in an ideal position to start improving yourself.

OK, maybe not ideal. Chances are that if you’re in a job you don’t like, it’s not a job where you’re given time for training or working on fun little side projects, so you’re going to have to take that time out of your own life. It might not be how you want to spend your evenings, but the responsibility is still yours for your own career.

The number one way to improve yourself is by learning a new technical skill. It might be as simple as picking up a new Perl module from the CPAN or investigating a new sysadmin log analysis package. It could be as complex as installing BSD when you’ve only used Linux, or learning Google’s new Go language. Whatever it is, learn it, then start using it.

If self-improvement like that is too daunting, at the very least pick up a book on a new subject and read it. I mean actually buy a book. Recognize that you are making an investment in yourself and your future, not just reading Slashdot. I also suggest that you buy a physical ink-and-paper copy of the book because they’re harder to ignore then a PDF file on your book reader of choice. Don’t just read the book, either. Read it, take notes in the margins, and think about the cool concepts that you’d like to apply to your working life.

Start a Side Project

The first place to start using these new skills, and thus improving yourself and your chances of getting a better job, is on your regular day-to-day work. This may mean that you have to pick less adventurous projects, but it may be worth it to get in practice.

Start a little side project that helps you in your daily work life, even if it’s not officially sanctioned by your boss. The key is to pick a tool that you’ve never used before, and apply yourself to getting it working.

In all these cases, you’re improving your work life and learning at the same time. You’re going to learn much more writing a tool with Ruby than you would just reading a book, and a tool is easy to justify to your boss. (When I wanted to learn COBOL back in 1989, I wrote a Star Trek game. Yes, it was painful.)

Side projects like this may also get you out of the rut you find yourself in. Maybe you’re not getting all that much job satisfaction slogging away on CRUD apps or wiring cabling. Maybe that job that’s “20% sysadmin / 80% programming” is more like 80/20. Working on a project for self-improvement may help your outlook on the rest of the job.

These little side projects are also an excellent way to get traction for new technologies. Maybe your boss has been wary about Ruby as a language, but if you can show a new tool that you created, and can show how easy it was to do with Ruby, you’ve got a big selling point. Nothing succeeds like success.

Best of all, working on side projects to grow your skills shows your current boss—and future employers—that you take initiative and like to solve problems. Whatever you decide to work on, consider adding it to your résumé as an achievement.

Find Your Next Job

Far be it from me to encourage you to stay indefinitely in a job you don’t love. Even as you’re staying employed and drawing a paycheck, you’ll probably want to be looking for another job. Just make sure you don’t do anything to jeopardize the one that’s paying you.

The first rule of job hunting is: Never bring your job hunt to work with you. That means not surfing job boards, not printing résumés, and not sending out hunt-related email on company time. Never mind the ethics of searching for a new gig while you’re getting paid by your current one, doing your search at work is likely to bite you. Murphy’s Law dictates that even if you surf Monster “just for a minute,” someone’s going to see you doing so, or you’ll leave a résumé on the printer, and word will get around. Keep it at home, or at the very least on a device not owned by the company.

Networking at work is also a dangerous proposition. Interpersonal connections are the best source of job leads you have, but it can be risky to use co-workers as potential contacts. Telling a co-worker that you’re looking for a new job raises the potential of him letting it slip to the wrong person. Best to keep your networking out of the workplace.

Instead, increase your visits to user groups and technical seminars. Make a point of spending more time reading mailing lists and online boards, and especially answering questions. Building a reputation as someone knowledgeable in a specific area can pay huge dividends in opportunities later.

Some of you reading this might be thinking “but I’m not a very social person!” That may be, but it’s something you’ll need to overcome if you’re going to get an edge on the other job seekers out there.

When things get really frustrating and you’re about ready to chuck it all, look at your job in simple dollar figures. Figure what you’re getting paid for an hour of time. Divide your yearly salary by 2,000 to get your hourly rate. If you’re making $60K/year, you’re making $30 an hour. If someone on the street offered you $30 to sit and be bored for an hour, you’d take it, right?

Improve your skills and start a side project to exercise them. Keep your job while looking for the next. Things will improve and you’ll find a job that you love.

Andy Lester has developed software for more than twenty years in the business world and on the Web in the open source community. Years of sifting through résumés, interviewing unprepared candidates, and even some unwise career choices of his own spurred him to write his nontraditional book on the new guidelines for tech job hunting. Andy is an active member of the open source community, and lives in the Chicago area.