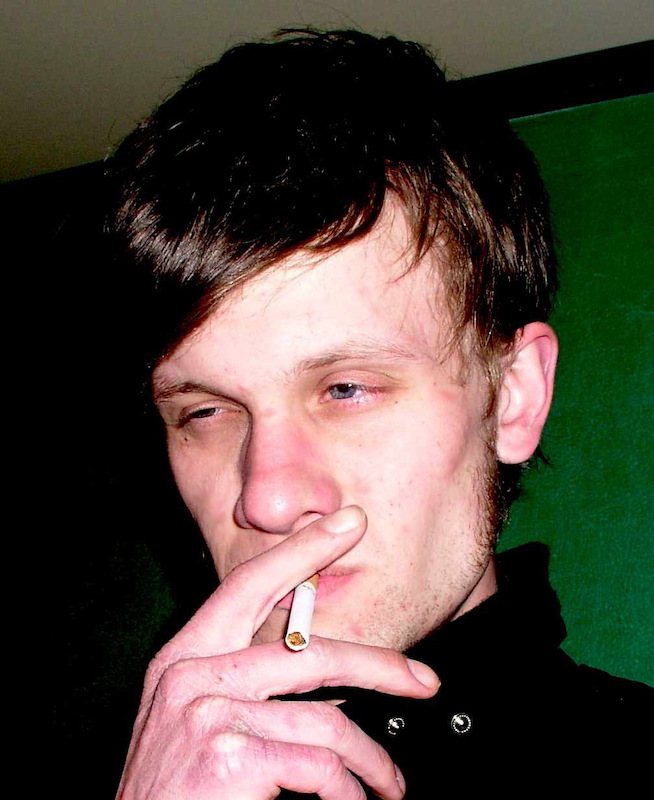 The man with the camera really is trying to capture your soul.

I finally bowed to social pressure and saw Jim Cameron’s Avatar. Or as one reviewer called it, Dances with Cats in the Uncanny Valley. I have to admit, it was smurftastic.

The astronomically expensive movie will undoubtedly make tons of money for Cameron and stimulate the economy. To the extent that the science fiction movie aftermarket is the economy. I do worry about its effect on impressionable young minds, though. Jon Udell tweeted after seeing the movie, “I want a ponytail... and also to be taller, thinner, and bluer.” Disturbing, yes, but understandable. Zoe Saldana, who had just finished playing Uhura in Star Trek 2009, here proves that blue is the new black, doing more for blue skin than Rebecca Romijn, Smurfette, and the ingestion of colloidal silver all put together.

The Valley of the Dolls

Most people who have seen Avatar seem to feel that Cameron pulled off the feat he had to pull off: to go beyond motion capture to the holy grail of emotion capture and vault across the Uncanny Valley. Don’t tell me you haven’t heard of the Uncanny Valley? It’s a place you don’t want to be. Nobody has explained it better than Frank Rossitano on 30 Rock:

“As artificial representations of humans become more and more realistic they reach a point where they stop being endearing and become creepy. [Points at graph.] We like R2D2 and C3PO. And up here we have a real person, like Han Solo. But down here we have a CGI storm trooper or Tom Hanks in The Polar Express. That’s the problem: You’re in the Valley now, and it’s impossible to get out.”

You’ve seen Beowulf? It crashed and burned in the Uncanny Valley. Although that is (barely) a matter of opinion. We each have our own Uncanny Valley. Mine is broad, stretching from Fantasia (classical music scares me) to anything with Arnold Schwartzenneger in it, from Twins to the government of California.

To jump the Valley, the avatars in Avatar don’t have to look human, because they aren’t, which made Cameron’s challenge a little easier. He only had to make his avatars look like Na’vi, a race of aliens created by his creative team. As I say, a little easier.

By the way, Jim Cameron is a techie, and the title of this movie is a techie’s title: sly, self-referential, and overloaded. “Look at me,” Cameron is saying, “In this movie about avatars standing in for people, I’ve replaced the actors with digital avatars. Am I cool or what?”

Too Fat to Play

Cameron didn’t invent avatars, although all the people milling around on deck in the long shots in Titanic were totally digital. Sky Captain and the World of Tomorrow co-starred a synthespian version of Laurence Olivier. And after Brandon Lee died in the making of The Crow, a stunt double finished the remaining scenes and Lee’s face was digitally overlaid on the stunt double’s. That movie was a critical and popular success, so who am I to suggest that they jumped the shark on the way into the Valley?

Avatars replacing actors in movies, that’s the future that Jim Cameron wants to create. But we’re already used to running our own avatars in first-person shooter computer games and in virtual worlds. Still, I’m not sure what Microsoft is saying with a recently disclosed patent application for “Avatar Individualized by Physical Characteristic.” Maybe, “You’re not cool enough to play this game.”

The patent envisions an avatar generator for virtual environments. Using “physical characteristic nonvolitionally obtained from a user” (oh really?) via “a third party health data collection repository, a healthcare smart card, a real-time physiological sensor (e.g., blood pressure, heart rate, blood glucose, peak flow, pedometer, etc.),” the generated avatar might look fat if you’re overweight or limit your play time if you aren’t keeping up with your exercise plan. Or it might prevent you from misrepresenting your gender, ethnicity, political affiliations, or intelligence—if I’m reading the patent app correctly.

It’s not hard to imagine the apps that this would enable. Anorexia: the Game would be a natural. I’m sure Jon Udell would snap it up in a minute. I can also imagine the high-minded Will Wright no-competition game that will come out of this: The Slims (the family that loses together wins together). (Can you tell that Will went to a Montessori school?) Yep, I can see how Microsoft will profit from people’s body-image issues, but I’m really eager to see how they make money off revealing users’ gender and politics.

Jim Cameron claims to be shocked when actors ask him if he plans to replace actors entirely. Why of course he doesn’t. Movies need stars, he explains, and while he longs for the day when movies stars’ personalities and images are totally avatarized and he can plug them in and play them like drum loops, he knows that you will always need those living, breathing human beings to promote the movies on talk shows and at supermarket openings.

Pretty much everything that Jim Cameron imagines about replacing actors—which has been his dream since he quit driving a truck—can be found in the 1955 Hugo-award-winning science fiction novelette “The Darfstellar” by Walter M. Miller, Jr. In that novelette, actors sell their personae to be used in avatars, until one disgruntled actor causes all kinds of chaos by secretly standing in for one of the avatars in a production. Following the script, one of the avatars shoots the real actor with what turns out to be a real bullet. Lots of irony and meta in the story. It’s worth a read even today. Especially today.

That novelette had some other interesting ideas. Like this one:

“Whatever you specialize in, another specialty will either gobble you up, or find a way to replace you. If you get what looks like a secure niche, somebody’ll come along and wall you up in it and write your epitaph on it. And the more specialized a society gets, the more dangerous it is for the pure specialist. You think an electronic engineer is any safer than an actor? ... You’ve always got one specialty that’s safe.... The specialty of creating new specialties. Continuously. Your own.”

And that’s more or less a definition of—but I’ll let you have your own view of what that’s a definition of. You don’t have to come up with the same answer that Miller offers in the novelette.

There’s one more detail about that novelette that Jim Cameron might want to bear in mind as he continues to re-engineer our cinematic experience. In Walter M. Miller’s vision of the avatarization of artists, it wasn’t just actors who got replaced. It was also directors.

Discuss this column with John and other readers in the magazine forum. -Mike

John Shade was born in Montreux, Switzerland on a cloudy day in 1962. Subsequent internment in a series of obscure institutions of ostensibly higher learning did nothing to brighten his outlook. He claims to be his own avatar.