How to Tell a Cat from a Dog 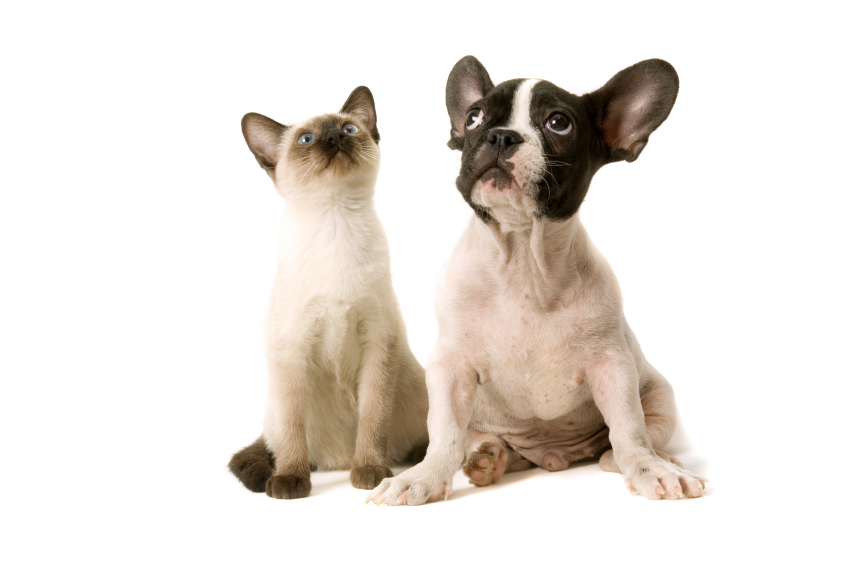 There is a very deep antipathy between duplication and abstraction.

This continues our series on the four Big Ideas in software development. Be sure to check earlier issues for articles on Cohesion and Coupling. This month, our goal is to cast new light on abstraction.

A naive approach to object-oriented design is to create a system using classes that model real-world things. If you learned about object-oriented programming in the 1990s, chances are someone had you model Dog, Cat, Mammal, and Animal classes as an exercise. Abstraction meant implementing the parts that related to your software needs. You might have designed a bark() behavior, but not a tailWag() behavior, along with a few supporting attributes such as size and speed. Your classes were a straightforward abstraction of the real world, each with as many attributes and behaviors as made sense for that real-world element.

From this introduction to abstraction comes quite naturally a mindset that the best way to create an an object-oriented design is to model the real world, leaving a few bits out. This is not necessarily wrong, but it is misleading. Abstraction is deeper and more profound than this mindset makes it sound.

We base our primary focus on abstraction on a definition by Uncle Bob Martin: Abstraction is the elimination of the irrelevant and the amplification of the essential. See how we just emphasized both essential phrases in that definition and eliminated the BS about “the real world?”

From concept to code, then, abstraction is directly implemented in the form of interfaces. The set of behaviors supported by a class appears as a standalone declaration, a contract of sorts:

Though implementations may vary, the abstract concept of determining an appropriate fine charge for a given number of late days is likely to remain unchanged from the point of view of a FineCalculator user. Among the benefits of having this abstraction are:

Without the interface, the client is dependent on concrete details of the algorithms, which are likely to change over time. Introducing an abstraction layer, in the form of an interface, basically nets you all the positive benefits of reduced coupling.

It would be possible to name the charge() method something like CalculateChargeForBooksOverTenDaysLate(), but that has a problem of over-specification and implementation exposure. It is not an essential feature of FineCalculator that the charge is for a book (modern libraries lend a variety of materials), nor that the charge is only calculated for lateness over 10 days. A name that reveals only relevant and correct information is an abstraction. One may back into abstraction by stripping irrelevant details from names in the system.

With a name like FineCalculator a developer can know in an instant if this is a class he wishes to subclass or not. Generalization has limits, though. The simpler name “Calculator” lacks evocative value. Uncertain whether to implement its interface, a developer may create a new interface (duplication!), hack new behavior into existing code (complication!), or directly modify the caller of the existing FineCalculators with code for calculating his specific fine (duplication and coupling!)

The TDD community has been recently buzzing with the realization that code becomes more general as tests become more specific, revealing that test-driving code alone will push it to a more appropriate level of abstraction. It is still up to the human(s) at the keyboard to change the class and method names to match.

There is a very deep antipathy between duplication and abstraction.

One frequent example we’ve encountered is the pervasive use of a parameterized collection object. For example, the library system works with lists of holdings:

Throughout the code, you’ll find dozens of references to the List<Holding> type, often in signatures or method calls:

This opens up the door to increasingly long method signatures over time, instead of helping the system to evolve gracefully. The date is really an attribute of the list of collections as a whole—yet we have no abstraction in which we could capture that information.

Prefer instead to create an abstraction that simply encapsulates the two:

This amplifies what’s important—the collection of holdings—and buries the irrelevant fact that holdings are stored as a sequential list.

As you need, you can easily incorporate new behaviors into HoldingSet without having to revisit numerous method signatures throughout the application. The abstractions become richer over time instead of the parameter lists becoming more cumbersome. Abstraction drives out duplication.

You may frequently find two-line or even single-line duplications. In the Risk game implementation we’ve looked at, there is a large class named Risk which looks to control everything about the game. Within this multi-thousand-line class are numerous methods and lines of code involving both an offensive player (attacker) and a defensive player:

The class that controls the game includes additional information related to making attacks:

The related code can be rolled into a single abstraction, an Attack:

With this design change, you see very subtle bits of unnecessary (duplicate) code disappear. For example, we were able to change the method name isValidAttack to isValid, once we moved it into the Attack class.

The client code becomes simpler overall. We’ve moved two lines of complexity involving interaction with a game object into a single method in the Attack class, rollDice. That change didn’t eliminate any duplication yet, but it did simplify the client and achieved command-query separation (i.e. we can ask for attacker and defender results multiple times without having to re-roll the dice):

Further, we made it possible to change the implementation of how dice are rolled without having to open and touch the client class. The game object is now referenced in the client only when constructing the Attack object. The design isn’t yet “perfect”—perhaps we should move the rollDice, getAttackerDice, and getDefenderDice methods into the Attack class itself—but we now have a new home into which we can relocate attack-related code.

Spotting “missing” abstractions takes a bit of practice. Here are a few smells that might point to the need for additional abstractions:

Sometimes, you’ll spot two lines, or even a single line, that redundantly specifies code. Here’s a bit of ugliness used to add two new menu items, and corresponding actions, to an existing menu:

Don’t hesitate to factor these couplets into a single method! While they may not represent a top-level abstraction like a class, helper methods in the same class are still abstractions—you’re replacing a complex implementation detail with a simple declaration:

And once you’ve created such methods, you may start to notice that they too may be better suited in another class, whether existing or new. Further, you might recognize that things are a bit disjoint and implicit—it seems as if there’s an action object somewhere that is associated to the key identified by CleanAction. A good goal for this code might be to shape it into something like:

Of course, the library type for menu may not support this—perhaps it’s time to create your own abstractions that wrap the third-party types.

We hear the same resistance to these ideas all the time: “But all these new method calls and object instantiations are going to degrade performance.” When we hear this, we recommend that the programmers try and measure. You will be surprised to find what is fast, what is slow, and why. The world changes too fast to blindly follow rules of thumb about performance.

Unit tests, particularly those created as a virtue of doing test-driven development (TDD), must document the essence of what’s going on:

It’s far too easy to drown these three key test elements in a sea of difficult-to-understand test code.

Tests must amplify what’s essential and bury what’s not relevant to understanding the requirement. Tests that are not sufficiently abstract will be difficult to understand and will break for all the wrong reasons. Test abstraction is such a significant element of doing TDD well that we’ve chosen to discuss it in an upcoming article.

Abstraction is where object-oriented software design starts. We strive to build a system that presents straightforward concepts to the reader, not overwhelming masses of detail.

The process of abstracting drives out duplication and reveals more natural abstractions over time, making the code easier to read and easier to test.

A well-abstracted design imparts meaning and provides easy navigation. We can deftly navigate the system through its simple abstractions, and push them aside when we need to get to the nitty-gritty implementation details.