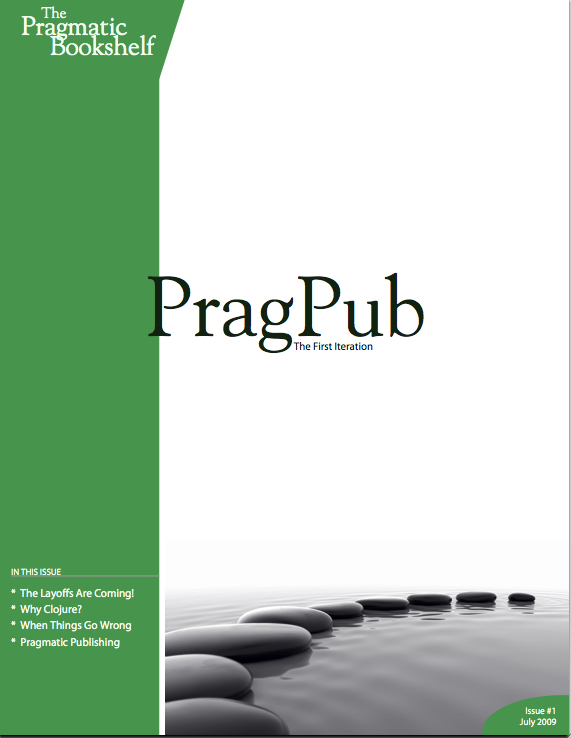 You should learn a new language this year. Maybe we can help.

Somewhat surprisingly, C++ was the subject of a moderately interesting discussion recently on our Yahoo group. The topic was “What’s up with C++ (books)?” and the poster pointed out that there are lots of people programming in C++ and there are book-worthy things happening in the C++ world, like the prominence of the Boost libraries, but that production of new books on C++ topics practically stopped about six years ago.

You probably aren’t surprised at this. As our own Dave Thomas said in the discussion, we “don’t we have C++ books under development... [b]ecause no one asks for them, and we’re here to serve the readers.” But if lots of people are programming in C++ and there are developments in C++-related tools that would justify new books, why aren’t those programmers asking for those books?

As Jared Richardson points out, some programmers read books, go to conferences, read blogs, and stay up to date on developments in their field, while some programmers tend to get their knowledge by talking to others on their team and mostly just spend their time grinding out code. C++ programmers, he suggests, are in the second camp.

I’m guessing that you’re in the first camp.

In The Pragmatic Programmer, Andy and Dave suggest as a goal that you learn at least one new language every year. Seeing how different languages encourage different approaches to the same problems will expand your own problem-solving bandwidth. Andy and Dave are talking there to the programmers in the first camp, so they’re talking to you. And I’m guessing that you already have that goal of learning a new language every year.

But real immersion in a new language is quite a plunge. If you want to dip your toe in the water before diving into the stream, we can help with that. The fact that every article of every issue of PragPub is available online for free means that we can facilitate your toe-dipping. The articles range from John Shade’s lightweight take on Google’s Go language and a quiz in which you are asked to identify languages based on snippets of code to serious discussions of languages from Clojure, Scala, Python, Ruby, and Objective C to HTML5, SASS, JavaScript, and CoffeeScript. Here, then, is a guide to every article on a programming language published in PragPub to date.