Pair Programming in a Flash

How to Pair, and Why 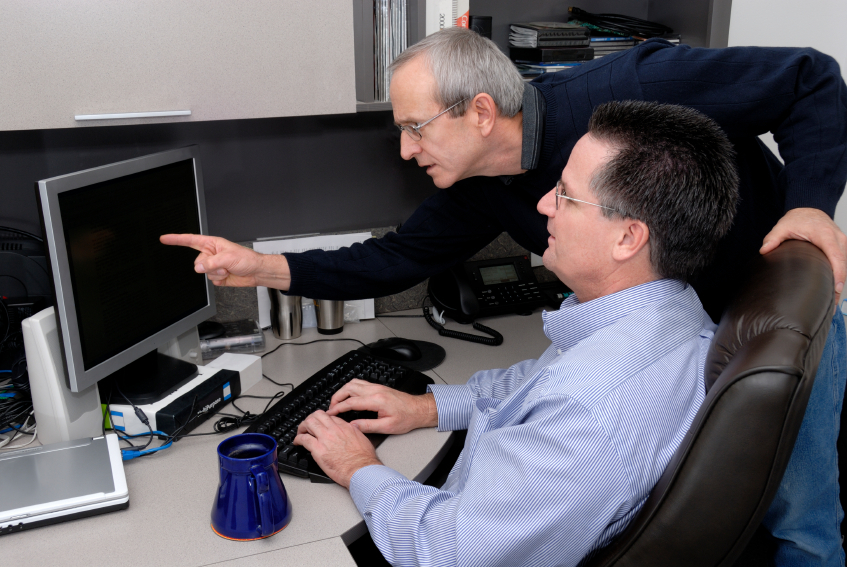 Jeff and Tim enjoy pairing so much that they want you to learn how to do it well. Here they present three cards on pairing from their Agile in a Flash card deck, covering its fundamental rules, a number of smells for you to sniff out, and guidelines for what you can do when a pair isn’t available.

Yes, we’re going to resurrect this contentious practice that divides programmers into oil-and-water camps. As much as some developers can’t stand the idea of pairing, we continue to find value and enjoyment in it, hence our insistence on revisiting it.

The Rules of Pairing

Most developers are at least familiar with the concept of pair programming, or pairing, but let’s quickly review the ground rules. They seem brief and simple: 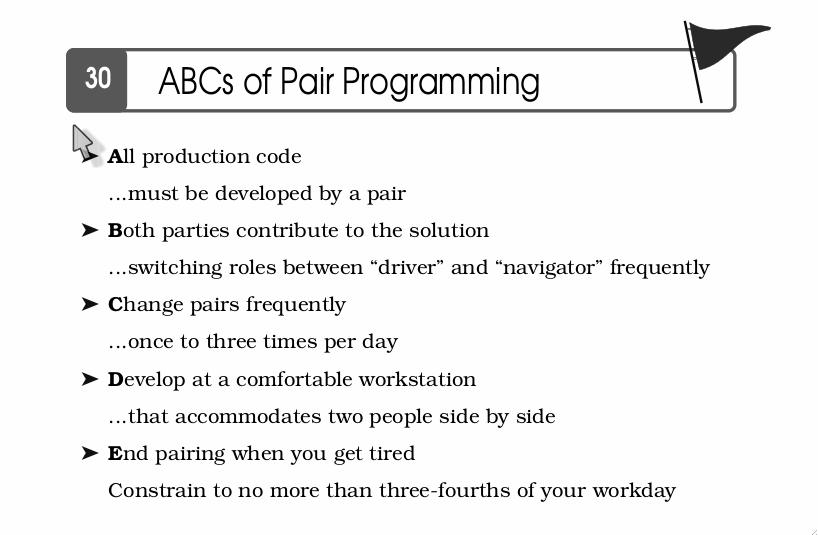 We didn’t dream up these rules for Agile in a Flash just to fill out the letters from A through E! We learned these more-or-less original guidelines for pairing as part of extreme programming. More than a decade later, after observing many development teams adopt and apply them (or not!), we see little need for these core rules to change. We’ve also noticed that teams that attempt pairing and then subsequently give up have usually violated one or more of these rules.

Yes, rules are meant to be broken—particularly as you advance to the shu-ha-ri mastery phase of ri—but shu’ers and ha’ers should first obtain a solid understanding of pairing by following all of the rules. Here’s why. 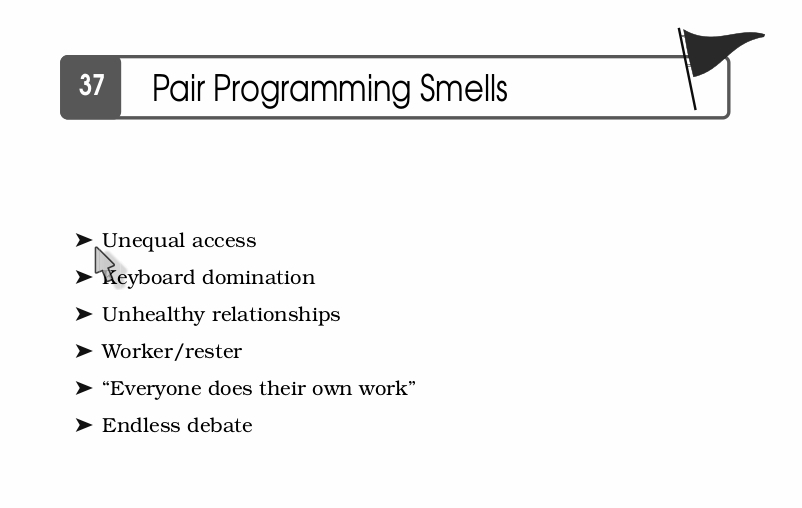 Sometimes the pair won’t notice any of these problems; a coach or any external observer may have an easier time of spotting and suggesting solutions. 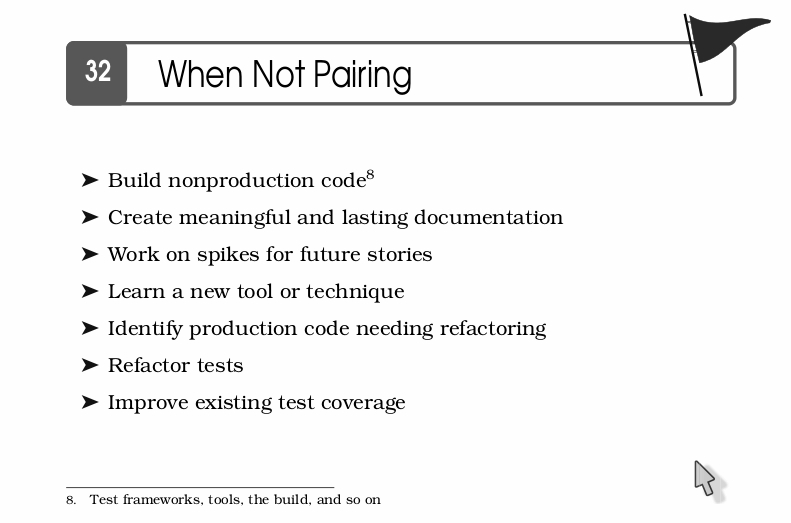 “But Tim and Jeff, we can’t pair all the time. We have odd numbers. We have meetings where some people have to disappear for a while. Not everyone is in the office at the same time. And we really like to have good excuses for why we can’t pair.”

Each team and each day has its own challenges, but if you find yourself reaching for the excuses, perhaps your team isn’t really interested in pairing. If you are facing legitimate difficulties that prevent you from pairing, you’ll want to derive some ground rules for how to proceed. Producing production code alone should be a last resort, and if you check in to that resort, you need a backup contingency to deal with that new, potentially frightful code.

The “When Not Pairing” Agile in a Flash card recommends a number of useful tasks that can accelerate the whole team. Occasional breaks from pairing allow your team to put effort into improving things in your environment that might otherwise degrade. Build systems are an obvious target in most teams—how many times have you cursed about the complexity of the build, or the fact that it spews fifty pages of mostly worthless material that buries questionable exceptions?

Not everyone wants to pair 100% of the time, either. Jeff looks forward to having some time each week—even if it’s only a couple hours—to do things like play around with alternate solutions for an upcoming story, to experiment with a new API, or to clean up tests written earlier.

Programming solo? Just remember that there are always plenty of things you can do that will benefit the rest of the team.

We pair because we enjoy it. Recently, Jeff moved into a development role where he found himself programming alone in an office for the bulk of the day. That’s nothing new—he spent the first 18 years of his career not pairing and often isolated in a cube or office. Now that he’s returned to solo development, though, he yearns for the social interaction of a pair and the ability to immediately bounce ideas and questions off someone else. It’s not that he’s incapable of developing good software on his own, but he feels much more effective when working as half of a programming pair.

Is our enjoyment enough to justify the cost of doubling up developers? Tim’s recently been concerned that we spend too much time talking about personal enjoyment in the office space—no doubt a reaction to some folks’ insistence that “this is all serious stuff and money we’re talking about. The business doesn’t care whether or not you’re happy, you should just be happy to have a job.” Harumph. Burnout, employee turnover, and the low-quality product of disgruntled workers is something the business should be dearly concerned with.

In any case, there are many reasons to embrace pairing: Benefits can accrue for programmers, their managers, and for the business as a whole. We’ll talk about those benefits of pairing next month.