Now you can use the Core Data API’s on your iPhone/iPod Touch project as well as under Mac OS X. Core Data: Apple’s API for Persisting Data on Mac OS X will show you how. And read on for Bruce Tate’s selection of Seven Languages in Seven Weeks.

Whether you are targeting Mac OS X or the iPhone/iPod Touch, at some point your Cocoa application is probably going to need to persist data. You could struggle with SQLite, generate XML, or create your own binary format. Or, you can save time and energy by taking advantage of Apple’s Core Data API instead.

Core Data makes it easy for you to work with object graphs and to persist data—but there are plenty of pitfalls and issues to watch out for. This book shows you everything from versioning to integrating with Quick Look, Sync Services, and Spotlight. You’ll see how to boost performance and work in multithreaded applications. You’ll work with Core Data on both the desktop and the iPhone.

As an extra bonus, you’ll see numerous recipes that are useful in unusual situations, or even in places where you wouldn’t have thought to use the Core Data API before. It will become another indispensable tool in your kit.

Author Bruce Tate reports on the selection of Seven Languages:

“I just wanted to take the opportunity to thank all of the readers who contributed to the Seven Languages in Seven Weeks poll. 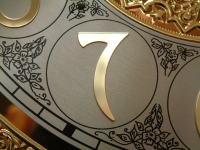 It’s remarkable that so many of the languages that made my original list showed up here. Five of my original choices made the top 10. It’s also cool to see that Haskell showed up on the top of the list. I had a few of my own rules based on interviewing a bunch of potential readers. There could be only one pure OO language; there could be only one Lisp; I probably shouldn’t do both JavaScript and Ruby.

So based on everyone’s voting and my rules, here’s my final list of Seven Languages:

All of the top 5 made it in; I struck Python as a second object oriented language. I struck Lisp as being too close to Clojure, and I included IO as a JavaScript alternative because both are prototype-based languages."

Thanks to all of you who helped Bruce choose the seven languages. We’re looking forward to more feedback once the book goes beta.

Thanks for your continued support,