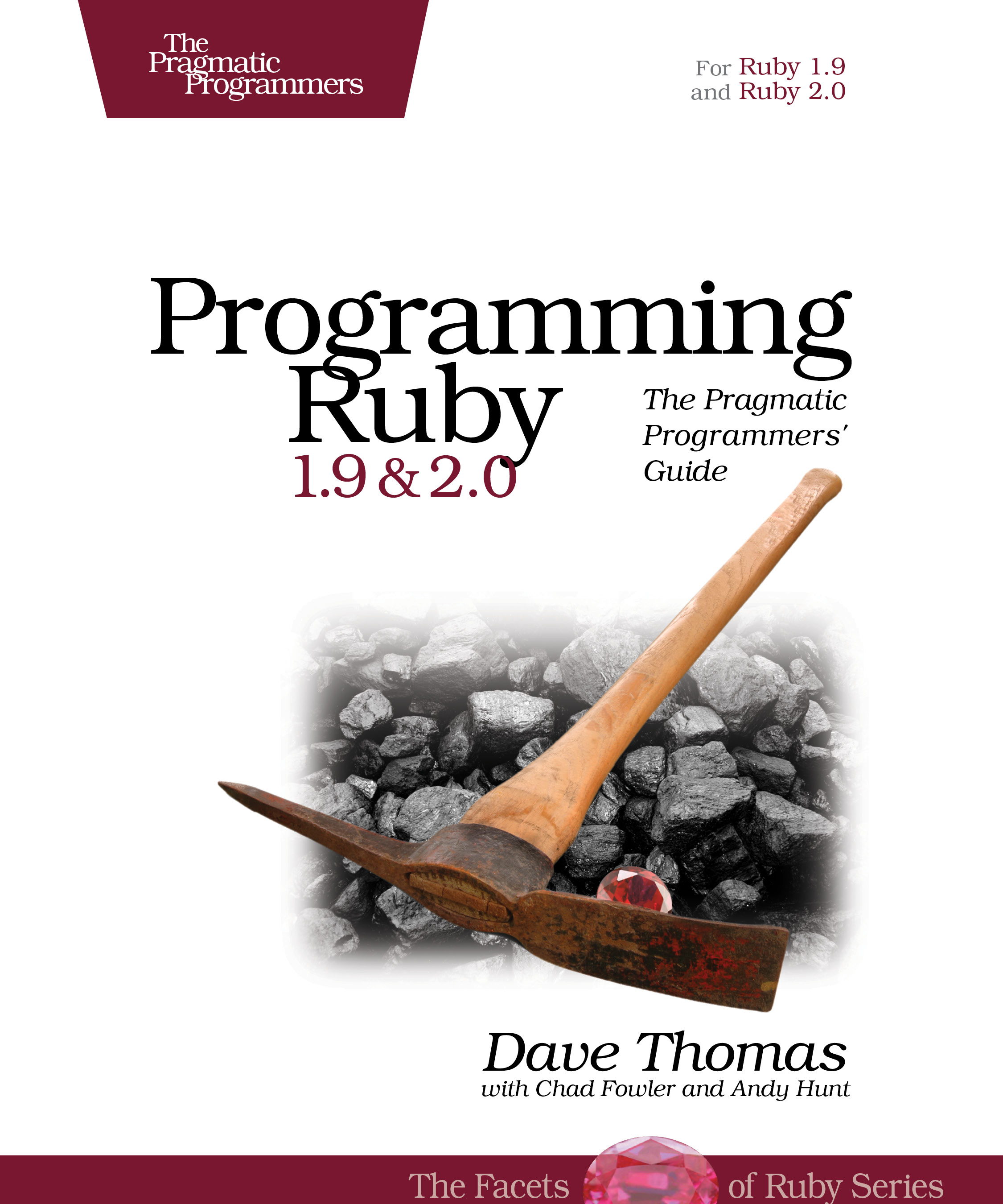 Ruby is the fastest growing and most exciting dynamic language out there. If you need to get working programs delivered fast, you should add Ruby to your toolbox.

This book has been superseded.
Please see the Fourth Edition for Ruby 1.9 and 2.0, or the original PickAxe for 1.8.

Would you like to go from first idea to working code much, much faster? Do you currently spend more time satisfying the compiler instead of your clients or end users? Are you frustrated with demanding languages that seem to get in your way, instead of getting the work done? Are you using Rails, and want to dig deeper into the underlying Ruby language? If so, then we’ve got a language and book for you!

This is the reference manual for Ruby, including a description of all the standard library modules, a complete reference to all built-in classes and modules (including all the new and changed methods introduced by Ruby 1.9, 1.9.2, and 1.9.3¹). It also includes all the new and changed syntax and semantics introduced since Ruby 1.8. Learn about the new parameter passing rules, local variable scoping in blocks, fibers, and the new block declaration syntax, among other exciting new features.

For the Tenth Anniversary Printing, we’ve removed the appendices on Extending Ruby and the Socket Library from the book—it was getting too big, and those appendices were only used by a few readers. These appendices are now available for free in PDF, mobi, and epub formats—see the contents listing below.