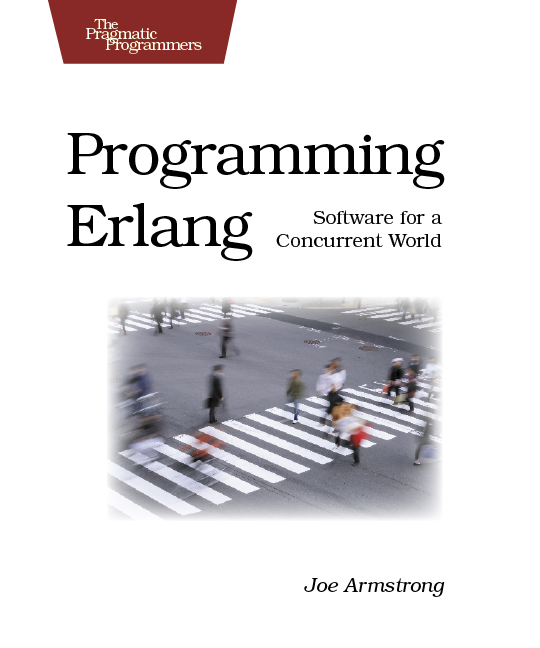 Software for a Concurrent World

Learn how to write truly concurrent programs—programs that run on dozens or even hundreds of local and remote processors. See how to write high reliability applications—even in the face of network and hardware failure—using the Erlang programming language.

Moore’s Law is the observation that the amount you can do on a single chip doubles every two years. Historically, Moore’s Law has delivered ever faster computing power to more and more demanding audiences. But Moore’s Law is about to break down—there’s a limit to how many interconnections you can create on a chip. Rather than producing faster and faster processors, companies such as Intel and AMD are instead producing multi-core devices: single chips containing two, four, or even more processors. That’s great, but only if your software can take advantage of that extra power. If your programs aren’t concurrent, they’ll only run on a single processor at a time. Your users will think that your code is slow.

Erlang programs run seamlessly on multi-core computers. This means your Erlang program should run 4 times faster on a 4 core processor than on a single core processsor, all without you having having to change a line of code.

Erlang combines ideas from the world of functional programming with techniques for building fault-tolerant systems to make a powerful language for building the massively parallel networked applications of the future.

This book presents Erlang and functional programming in the familiar Pragmatic style. And, it’s written by Joe Armstrong, one of the creators of Erlang.

It includes lots of example code you’ll be able to build upon. In addition, the book contains the full source code for two interesting applications:

Erlang is a language used by people in-the-know (just like Ruby was a few years ago). It solves one of the most pressing problems facing developerstoday: how to write reliable, concurrent, high-performance systems. Invest in learning Erlang now.

In his search to find better ways to implement fault-tolerant applications, Joe Armstrong designed and implemented the first version of Erlang in 1986. He wrote the first Erlang book and held the first Erlang course—he has worked with Erlang from the very beginning. He has taught Erlang to hundreds of programmers and held countless lectures and keynotes describing the technology.

Joe has a PhD in computer science from the Royal Institute of Technology in Stockholm, Sweden and is an expert in the construction of fault tolerant systems. Joe was the chief software architect of the project which produced the Erlang OTP system. He has worked as an entrepreneur in one of the first Erlang startups (Bluetail) and has worked for 30 years in industry and research.