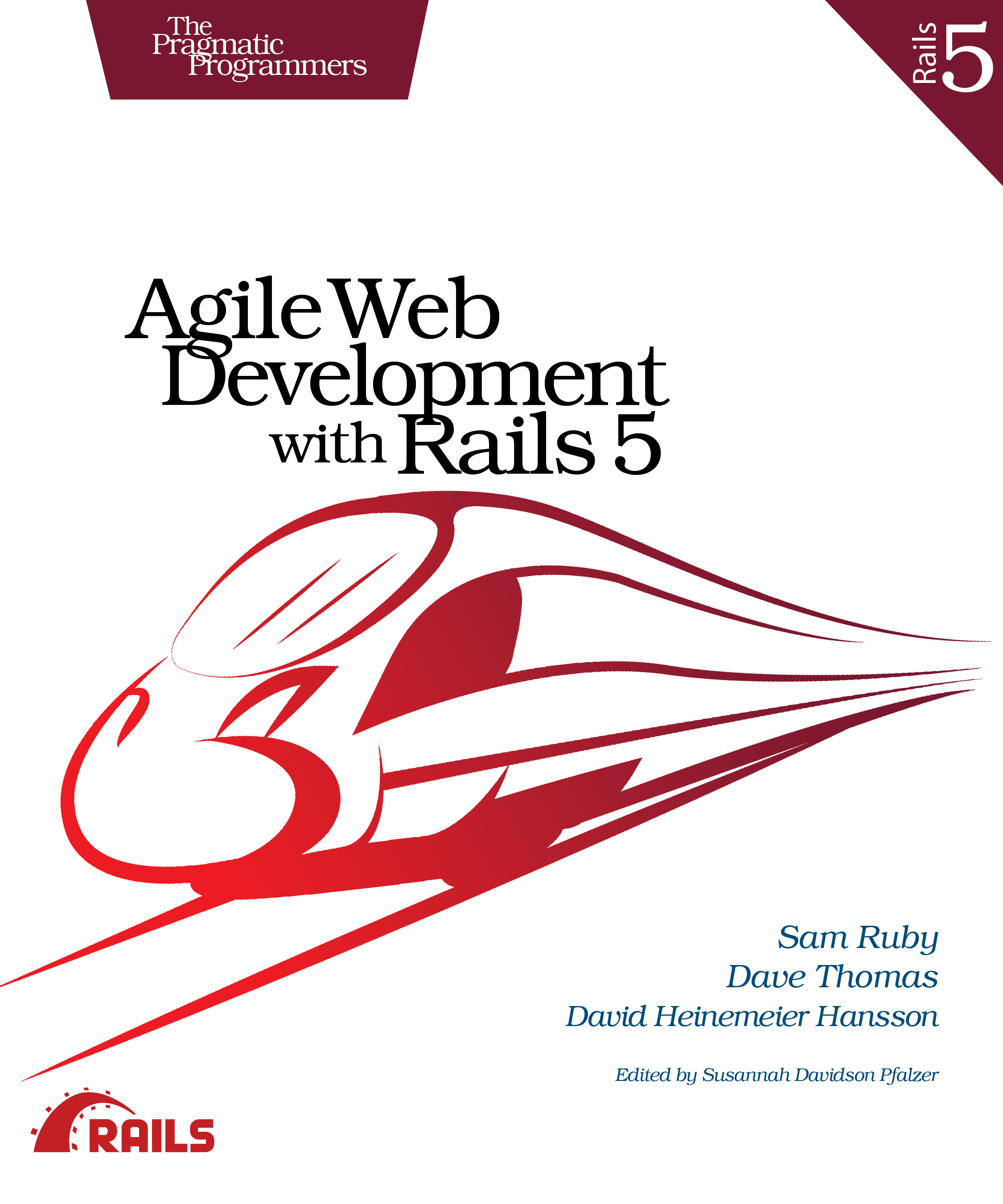 Rails 5 and Ruby 2.2 bring many improvements, including new APIs and substantial performance enhancements, and the fifth edition of this award-winning classic is now updated! If you’re new to Rails, you’ll get step-by-step guidance. If you’re an experienced developer, this book will give you the comprehensive, insider information you need for the latest version of Ruby on Rails.

Agile Web Development with Rails 5 is the best resource to get up to speed with
Rails! Even after these many years, it’s still relevant.

Director, BigBinary and member of the Rails issues team

The organization of the book is excellent. The first two parts are a walkthrough
of building an application, and the demo project is an example that is easy to
understand, yet shows the value the Rails framework creates for the developer. I
also value many of the topics discussed in Part III. Overall an excellent book that
I continue to recommend to new developers!

This is the best into to web development book for any language!

Director of product engineering and design, The Blaze

Another solid update to the book that I’ve been referring to over and over again
as I’ve been working with Rails. One of the best books available for Rails.

Ruby on Rails helps you produce high-quality, beautiful-looking web applications quickly. You concentrate on creating the application, and Rails takes care of the details. Learn Rails the way the Rails core team recommends it, along with the tens of thousands of developers who have used this broad, far-reaching tutorial and reference.

Rails 1.0 was released in December 2005, more than 10 years ago. This book was there from the start, and didn’t just evolve alongside Rails, it evolved with Rails. It has been developed in consultation with the Rails core team. In fact, Rails itself is tested against the code in this book.

Check out the Rails Playtime wiki.

Sam Ruby has co-chaired the W3C HTML Working Group and has made significant contributions to many of the Apache
Software Foundation’s open source software projects. He is a Senior Technical Staff Member in the Emerging Technologies Group of IBM.

David Heinemeier Hansson is the creator of the Rails framework.