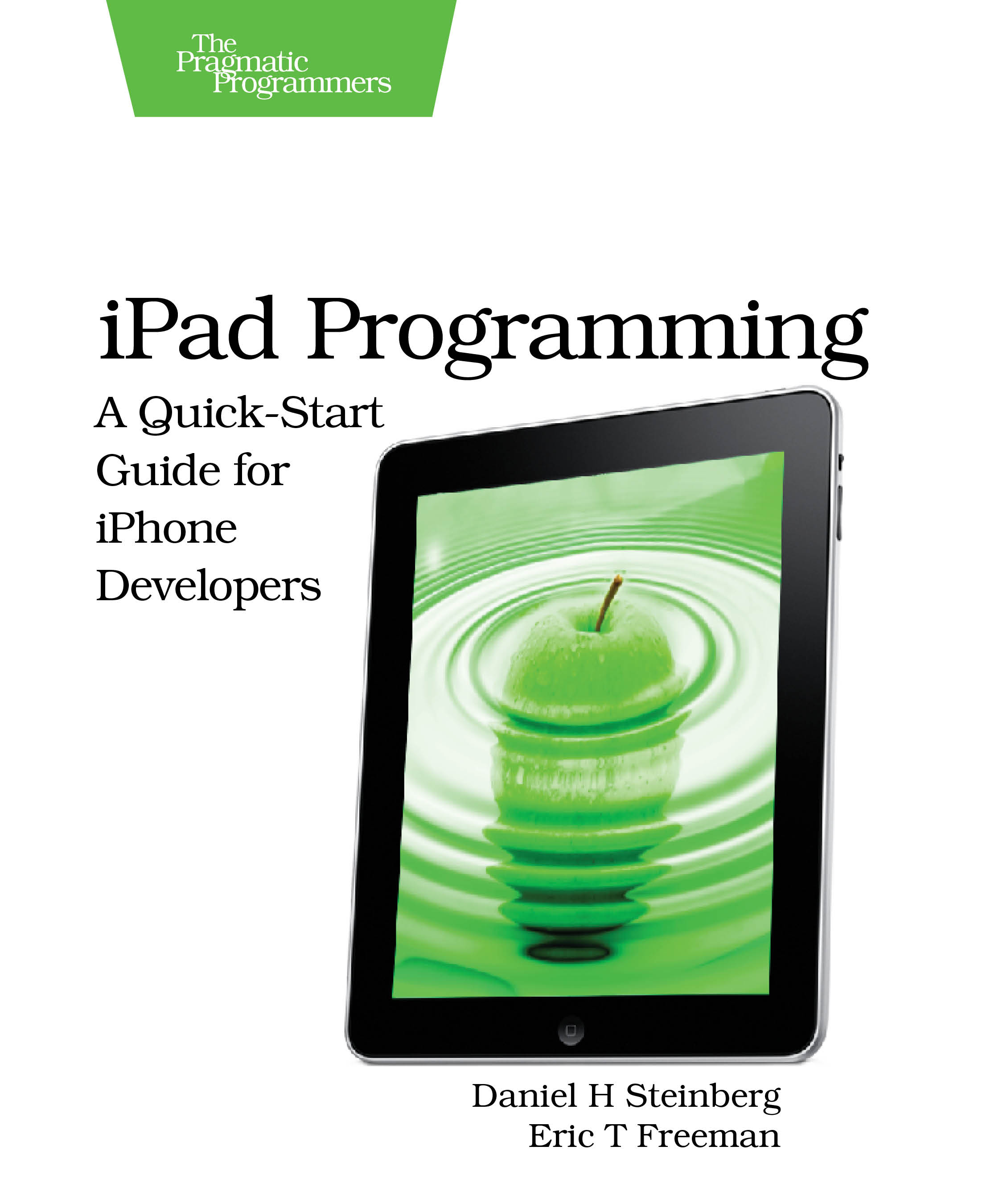 A Quick-Start Guide for iPhone Developers

It’s not an iPhone and it’s not a laptop: the iPad is a groundbreaking new device. You need to create true iPad apps to take advantage of all that is possible with the iPad. If you’re an experienced iPhone developer, iPad Programming will show you how to write these outstanding new apps while completely fitting your users’ expectation for this device.

Dr. Dobb’s review: “quite a bargain, given the smart and concise way the authors demonstrate iPad-specific features.” See the full review

As an iPhone developer, getting involved with iPad development was a natural and mandatory step. Coming into this book, I was expecting only a technical document describing the “how to” for this or that. I was quite pleased, however, to discover the change in its tone. That tone let me see the iPad from the nondeveloper perspective. I began
to see what it actually “is,” and what it’s capable of. This book will be referenced often.

This book hits the sweet spot…anyone who has mastered the basics of iPhone development and wants to include the iPad in their repertoire will learn something from this book and have fun doing it. I know I will be using this book as a reference for my next development project.

A must-read for software developers planning to create new iPad apps or looking forward to porting existing iPhone apps into this new device…this book helps developers build apps not only that are fast and stable but that leverage all the magic features of the iPad.

iPad Programming is a great resource for iPhone developers to immerse themselves in the new world of iPad development. Whether creating new iPad apps or universal apps for both iPhone and iPad, this book covers essential user interface and development topics specific
to the iPad that enable both beginning and more advanced iPhone developers to participate in this exciting iPad application market.

Hold an iPad in your hands and you’ll know what the fuss is all about. Select an app and the device disappears as you find yourself immersed in the experience—the iPad defines a new category for devices. iPad Programming shows you how to build apps for the iPad that people will love to use.

This quick-start guide will have you writing iPad apps right away using a combination of the familiar iPhone APIs along with the new APIs and additional templates designed specifically for creating iPad applications.

The iPad has a display that’s more than seven times as big as the iPhone. The metaphors are different; the application design is different. Users will be able to interact with your iPad app in new ways. In this book you’ll learn to take advantage or the additional real estate and functionality.

Every time you turn around it seems as if there’s another ten thousand apps added to the App Store for the iPhone. If you’re building iPad-specific apps, it’s a brand new day with plenty of opportunity. In this book we don’t just teach you to write apps that run on an iPad, we teach you to create apps that delight users because they wouldn’t make sense running on any other device.

Eric T Freeman is a media company executive and co-author of two bestselling books: Head First Design Patterns and Head First HTML & CSS. A computer scientist with a passion for media and software architectures, Eric has been an Apple programmer since the days of the Newton. Eric holds a Ph.D. from Yale University.