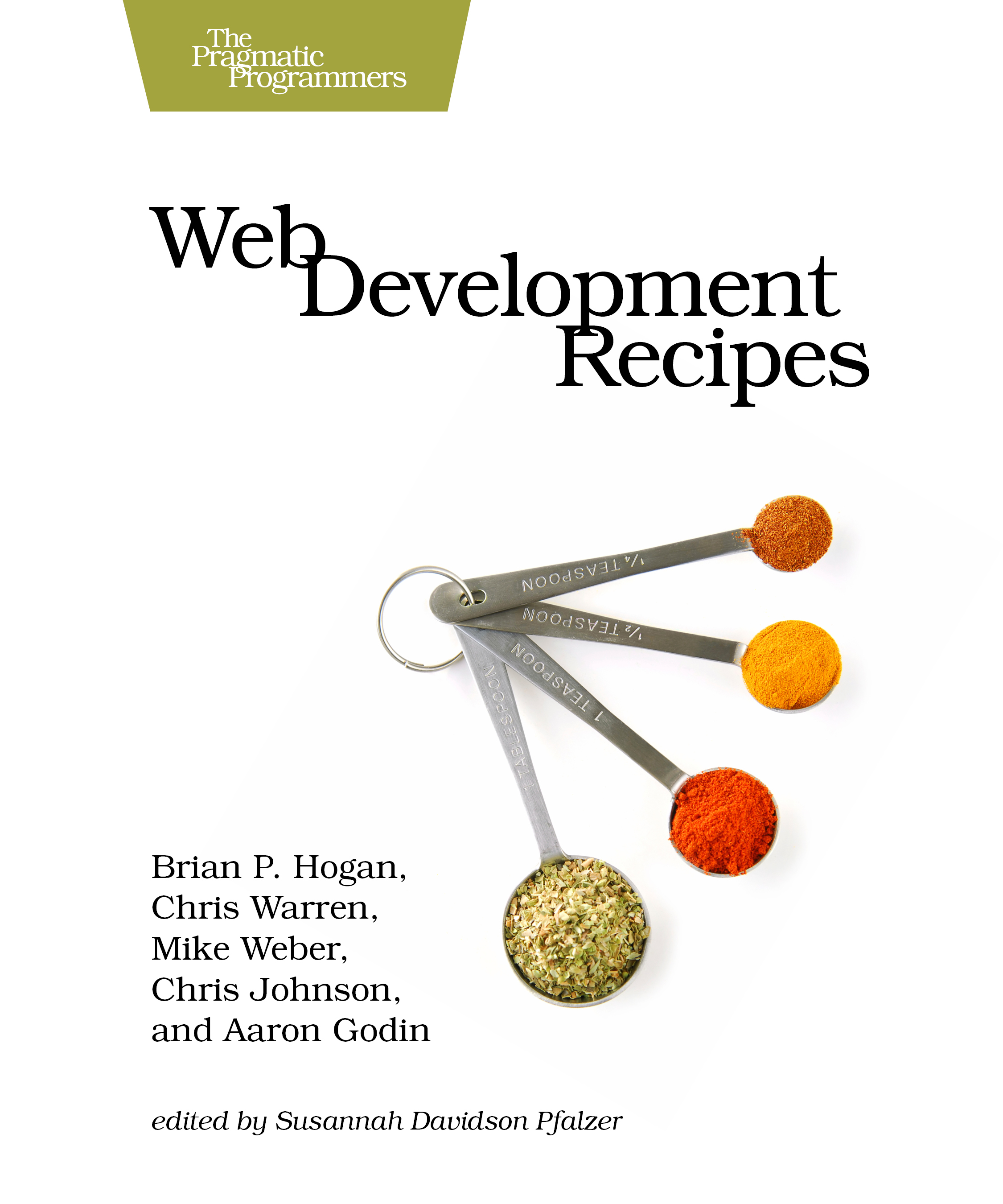 Modern web development takes more than just HTML and CSS with a little JavaScript mixed in. Clients want more responsive sites with faster interfaces that work on multiple devices, and you need the latest tools and techniques to make that happen. This book gives you more than 40 concise, tried-and-true solutions to today’s web development problems, and introduces new workflows that will expand your skillset.

As a one-stop introduction to current tools and techniques the sheer breadth of content really stands out. It just brings out the diversity of approaches and the vibrancy of open source development on the web. There’s no doubt, this one is very highly recommended.

Solid practices you can take into your everyday web development process. Web
designers and developers with a hunger for picking up a collection of quick and
expertly described techniques in areas like UI, testing, CSS, and jQuery will love
this book. No words are wasted on trivial details; this is a book for proactive web
developers who want to pick up some new ideas fast.

I know of no other resource that even comes close to exploring so many interesting
techniques for modern web development. These are real-world pragmatic recipes
that you will actually use in your projects.

Web Development Recipes is one of those rare books that is not only extremely
practical but also incredibly useful for a wide range of readers. Everyone in all
aspects of web design and development will find numerous tips and tricks that
will be immediately useful in their day-to-day work.

This is probably the best general web development resource that I’ve read to date.
Anyone new to the game can work through this book and gain a level of experience
that normally takes years of freelancing. Even seasoned experts could learn some
new tricks or explore areas of web development they haven’t touched yet.

This is a design patterns book for modern web development, offering problem
statements and solutions that can be applied to nearly any web development
platform. It’s a must-have for web developers who need to update their skills with
the latest and greatest tools and techniques, and it’s a library of solutions for
those who are already up to speed. The authors have done an excellent job of
condensing a tremendous amount of information into easy-to-understand, realworld
solutions.

The recipe is easy to follow, explanatory, and helpful…. Want to make Apache secure with HTTPS and SSSL? Consider Recipe 39. Need to debug some JavaScript? Try Recipe 31. Need to make a responsive, grid-driven layout? Go to Recipe 26. Want to know how to use Mustache in your HTML? See Recipe 10.

Make buttons and content stand out with simple cross-browser styles; do animations that work on mobile devices without plugins; build and test HTML emails; and build a flexible layout that works on desktops and mobile devices. You’ll use the Backbone and Knockout JavaScript frameworks to build responsive user interfaces, and you’ll learn how tools like CoffeeScript and Sass offer better ways to develop and maintain your client-side code. You’ll write tests for your code that run in multiple web browsers, use Git to keep track of your work, and even get a little one-on-one time with the Apache web server.

Whether you’re new to front-end development, or you’ve got a few years of experience, you’ll become a more versatile developer by finding out how – and why – to use these solutions in your next web development project.

Your favorite text editor, Mozilla Firefox 3.5 or higher, Google Chrome or Safari, and a working knowledge of HTML and JavaScript.

Brian P. Hogan is an author, editor, trainer, and web developer who’s been building web sites professionally since 1995 as a freelancer and consultant. He enjoys teaching and writing about technology, particularly web design, accessibility, and development. When not hacking on Ruby or JavaScript code, he’s writing songs, watching “The Simpsons,” or spending quality time with his wife and daughters.

Chris Warren is a developer and support lead at Zencoder. He’s been creating websites since teaching himself HTML in 1998, and after stints with ASP and ColdFusion development he came across Ruby and Rails. In addition to programming he enjoys cycling, photography, and going on adventures with his wife.

Mike Weber is a web developer living in Minneapolis, Minnesota. He’s been developing professionally since 2005, almost exclusively with Ruby on Rails. When not counting whitespace he enjoys running, swimming and golfing as well as spending time with his wife and dog.

Chris Johnson is a web developer and technology consultant living outside of Madison, Wisconsin. He has been developing websites professionally since 2003 when he got his first paycheck as a freelancer. When he’s not developing, he enjoys tinkering with technology and mechanical things, photography, video games, playing hockey and spending time with his wife and their two dogs.

Aaron Godin is a programmer and designer. If he’s not deep in a Rails application or programming in Ruby, he spends his time working with all things front-end. Besides being a Macophile, his other interests include electronic music, martial arts, skateboarding, and making fun of iPad commercials.